The Implications of Outsourcing: Exploring the Economics of Globalization

As the presidential elections steadily approach, heated discussions about the state of the economy have once again taken center stage, with the issue of outsourcing—or the importing of services from lower-wage countries—generating perhaps the greatest debate. Earlier this year, the chairman of the president’s Council of Economic Advisors was widely criticized for stating that the outsourcing of jobs is beneficial to the United States economy. The presumptive Democratic presidential nominee has repeatedly expressed his strong opposition to outsourcing, considering it a “double blow” to U.S. workers already suffering from high unemployment and vowing to remove tax incentives for businesses moving jobs overseas.

Although in the past the phenomenon of outsourcing was primarily limited to simple, labor-intensive services such as answering complaints or solving computer problems over the telephone, recently companies have begun to increasingly outsource white-collar jobs. The continuing explosion of college graduates in low-wage nations has caused American workers to confront the prospect of millions of well-educated people in India, China, and Russia who are willing and able to perform any job that can be done within the United States. Under such circumstances, how will U.S. workers be able to compete with equally qualified professionals in developing countries for a fraction of the price?

A distinguished panel of experts gathers to shed light on the multiple issues underlying the controversial and divisive subject of outsourcing in the context of today’s global economy. Is outsourcing really taking away jobs from qualified U.S. workers as its opponents claim? Or is it stimulating the world economy and increasing the globalization of trade, which ultimately benefits all countries? What impact will outsourcing have if it extends to the public sector, where cash-strapped state and local governments are perpetually searching for ways to cut costs? As outsourcing becomes more prevalent, will a global equilibrium in living standards emerge, with U.S. and Western economies declining while developing economies improve? 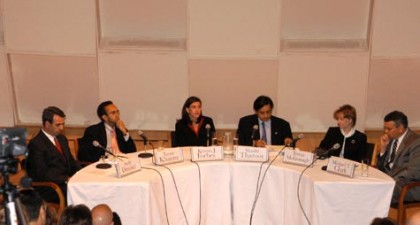 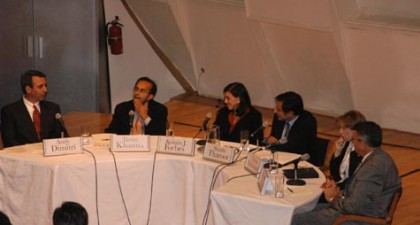 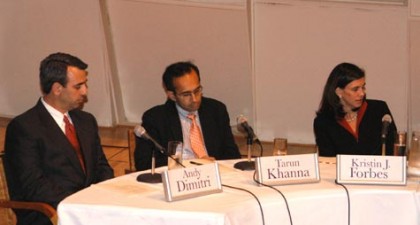 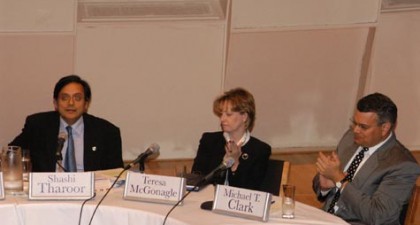 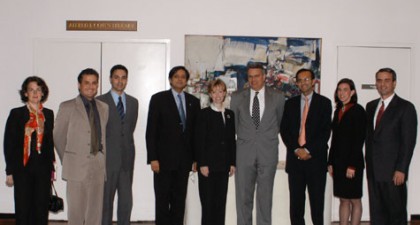