Virtue Foundation seeks to provide both short-term impactful and long-term sustainable development solutions to communities across the globe. Our goals are to remedy pressing, immediate community concerns while establishing lasting partnerships to create and implement initiatives for development and advancement in the areas of health, education and empowerment. 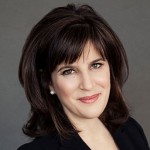 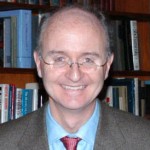 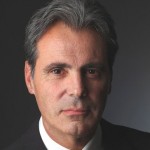 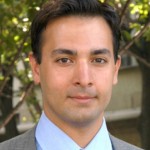 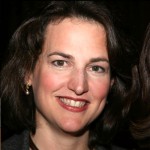 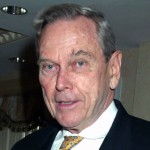 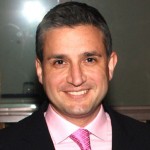 is a business, philanthropic and legal advisor with significant experience in launching and leading corporate and philanthropic initiatives relating to women and girls. Ms. Azzarelli is a Founding Partner of Seneca Point Global. Most recently Ms. Azzarelli has served as Senior Vice President of Tina Brown Live Media and the Newsweek Daily Beast Company where she led strategy, partnerships, and philanthropy for Women in the World. Prior to her work at Women in the World, Ms. Azzarelli held senior legal and philanthropic roles at organizations including Goldman Sachs, where she led Goldman Sachs Gives, the billion dollar donor advised fund, advising individuals and organizations on high-impact philanthropy. Ms. Azzarelli has also helped launch significant brand development and philanthropic programs for Avon Products Inc., the global direct selling company, where she served as Vice President, Legal and Public Affairs and Corporate Secretary. Prior to joining Avon, Ms. Azzarelli worked for the law firm of Latham and Watkins where she practiced corporate and securities law, advising global companies on corporate finance, venture capital and general company representation matters.

Ms. Azzarelli began her career at JP Morgan as a financial analyst in the private equity group and is a graduate of Cornell Law School, Cornell University and Friends Seminary in NYC where she was born and raised. She is the co-founder and Chair of the Avon Global Center for Women and Justice at Cornell Law School and serves on the Board of the Avon Foundation for Women. She also serves on the Advisory Board of Cornell Law School, the Trustee's Council of Cornell University and is a member of the President's Council for Cornell Women. Ms. Azzarelli serves as an adjunct professor at Cornell Law School and is an author on matters relating to women and girls, most recently co-authoring "Sustainable Development, Rule of Law and the Impact of Women Judges" with Justice Sandra Day O’Connor and "At Davos Investing in Women Emerges as a Business Strategy" with Ambassador Verveer.

Senior Vice President of the International Rescue Committee (IRC), a leading non-sectarian, voluntary organization providing relief, protection, rehabilitation, and resettlement services for refugees and victims of oppression or violent conflict, George C. Biddle has lectured at numerous conferences and symposia over the past 20 years, with his commentary being carried on radio, television, and in the press. From 1997 through 1999, Mr. Biddle was Vice President of the International Crisis Group (ICG), a private, multinational organization committed to strengthening the capacity of the international community to understand and respond to man-made crises. Previously, Mr. Biddle was President of the Washington-based Institute for Central American Studies (ICAS), a nonprofit organization he founded in 1989 to assist post-Cold War Central America in its transition from violent conflict to peace and democ-racy. Before founding ICAS, Mr. Biddle served as Assistant to the President at the Institute for East-West Security Studies in New York from 1984 to 1986. He also serves on the EXECUTIVE COMMITTEE of the Coalition for International Justice and The Friends of the Bronx Charter School, the Advisory Board of Harvard University’s Project on Justice in Times of Transition, and the Advisory Council of The Harbor in New York City, an educational institution helping children in East Harlem. He is also a member of the Council on Foreign Relations.

Judge Corriero is the Executive Director and Founder of the New York Center for Juvenile Justice. He served as the Executive Director of Big Brothers Big Sisters of New York City from July 2008 to July 2010. The mission of Big Brothers Big Sisters is to provide mentors to all children who need caring adult role models. He previously served as a Judge in the New York State courts for 28 years. He was appointed to the New York State Court of Claims in June 1990. From September of 1992 to February of 2008, Judge Corriero presided over Manhattan’s Youth Part, a court set aside within the adult court system to deal exclusively with the cases of 13, 14, and 15-year-olds who are charged with the most serious and violent crimes.

Dr. Ebby Elahi is Director of Global Health and International Affairs at Virtue Foundation, the Director of Fifth Avenue Eye Associates and FACES™, Associate Clinical Professor of Ophthalmology and Global Health at the Mount Sinai School of Medicine, and an attending at the Beth Israel Medical Center. A board certified surgeon, Dr. Elahi is a fellow of the American Academy of Ophthalmology, the American Society of Ophthalmic Plastic and Reconstructive Surgery, and the American College of Surgeons. He has also served as co-director of Mount Sinai’s Ophthalmic, Plastic and Reconstructive Surgery Fellowship program.

For the past twenty years, Dr. Elahi has been actively involved in issues surrounding global health. He has led several global health projects and multiple medical missions to various regions around the world, including Mongolia, Liberia, Burundi, Cambodia, Tonga, and El Salvador. Dr. Elahi also serves on the steering committee of Cornell University’s Avon Global Center for Women and Justice.

Currently serving as Associate Director of the Pediatric Cardiac Intensive Care Unit at The Royal Brompton Hospital in London, Dr. La Rovere is also an Honorary Senior Lecturer in Medicine and a Member of the Admissions Committee at Imperial College in London, one of the top five universities in the United Kingdom. Having graduated from Harvard and Columbia Universities and completing her postgraduate medical training at Children's Hospital in Boston and Great Ormond Street Hospital in London, she is board certified in pediatrics and pediatric intensive care in both the United States and the United Kingdom. She is a member of the Society of Critical Care Medicine and the European Society of Paediatric and Neonatal Intensive Care. A keen advocate of medical education, Dr. LaRovere is Director of IMET (International Medical Education Trust) 2000, a charity aimed at promoting links and cooperation between the western and developing world, including the development of virtual medical education. Recipient of the Schleisman Award from Harvard University/Boston Children's Hospital in 1996, Dr. LaRovere is a frequent lecturer on ethical issues and is currently developing an undergraduate course at Imperial College focusing on ethics as a scientific discipline to commence in October 2003.

Having followed Near Eastern developments for over 40 years, 34 of which were spent as a career Foreign Service Officer, Mr. Murphy holds A.B. degrees from Harvard and Cambridge University. After service in the U.S. Army he joined the State Department's Foreign Service and from 1955-68 served in Southern Rhodesia (now Zimbabwe); Lebanon; Syria; Saudi Arabia; and Jordan. In 1971 President Nixon nominated him as Ambassador to Mauritania and in 1974 he became Ambassador to Syria. He then served as Ambassador to the Philippines and Saudi Arabia. From 1983-1989 he served as Assistant Secretary of State for Near Eastern and South Asian Affairs. Mr. Murphy has received the President's Distinguished Service Award three times and the State Department's Superior Honor Award twice. In 1985 he was named Career Ambassador, a title held by only five serving officers at any given time. Retiring from government service in 1989, Mr. Murphy joined the Council on Foreign Relations in New York as the Hasib J. Sabbagh Senior Fellow for the Middle East and has continued to visit that region several times a year. He is a frequent commentator for NPR, CNN, and the BBC, and has written for The New York Times, The Washington Post, and Financial Times, among others. He is a trustee of the American University of Beirut, on the Board of the Near East Foundation, and Chairman of the Middle East Institute in Washington.

Dr. Salim is Founder and Executive Director of Virtue Foundation working tirelessly to raise awareness of prevalent humanitarian issues and to motivate people of all ages and backgrounds to become actively involved in charitable activities and programs in their local communities. He works as a general and cosmetic dentist and he is the President of Sutton Place Dental Associates. He completed a postgraduate program in biogenetics and cancer research at the University of Nice in Southern France, received a Doctorate in Dental Medicine from Temple University, and completed post-doctorate training at the Lutheran Medical Center in New York.

Dr. Salim sits on the board of several multinational companies and charitable organizations, including The Nour Foundation and the French Institute Alliance Francaise, and also serves on various committees of several other nonprofit organizations, including the Asia Society and Witness. He also lectures on ethical issues in dentistry and healthcare. He has been instrumental in inspiring both children and high school students to develop their civic leadership skills and to participate in various volunteer and externship programs at the United Nations, including the rehabilitation of child soldiers in the Democratic Republic of Congo.

Erica H. Steinberger is a Steering Committee member of the Avon Global Center. Prior to her retirement on January 1, 2010, she was a partner in Latham & Watkins, LLP, specializing in the area of mergers & acquisitions, in which she represented corporations, private equity firms and investment banks in connection with hostile tender offers, tender offer defense, proxy fights and negotiated mergers, acquisitions and divestitures, as well as in public and private offerings of debt and equity securities and exchange offers. She also advised public and private clients and their boards of directors on corporate, securities and governance issues. While at Latham, Ms. Steinberger was active in its pro bono program and a founder of its women's initiative, Women Enriching Business (WEB). Prior to joining Latham in 1987, she was a partner in Wachtell, Lipton, Rosen & Katz and, from 1983 to 1987, a consultant in the Hong Kong office of Coudert Brothers, handling securities and corporate law matters, including U.S. acquisitions and investments, for their Asia Group practice (Hong Kong, Singapore, Sydney and Tokyo). Ms. Steinberger is a member of the Association of the Bar of the City of New York (Member and Former Chairman, Special Committee on Mergers, Acquisitions and Corporate Control Contests), the New York State Bar Association and the American Bar Association. She also serves on the Securities Law advisory panel for ALI-ABA. She is the co-author of Takeovers and Freezeouts (Law Journal Seminars-Press), in addition to numerous articles and outlines.