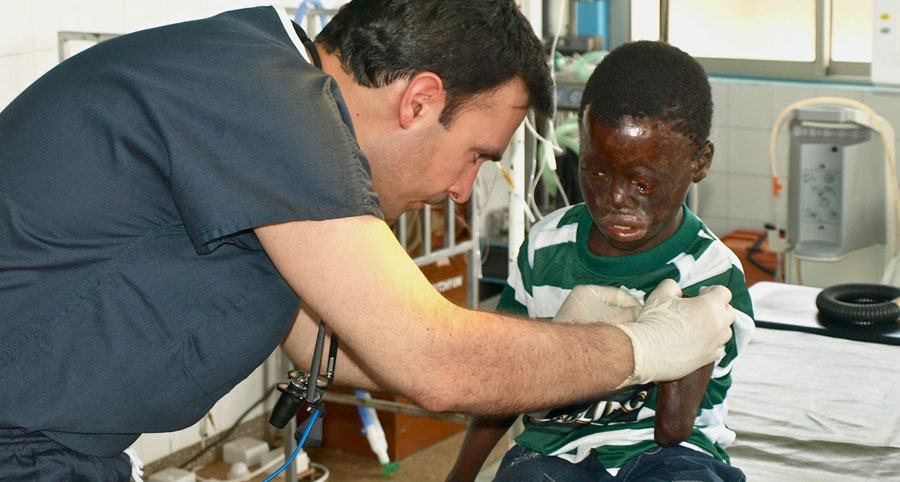 Virtue Foundation Director of Global Health and International Programming Dr. Ebby Elahi returned to Tumu, one of the most remote and neglected regions of Ghana, to provide diagnostic workup and reconstructive surgery to the population. After a brief radio broadcast, Dr. Elahi soon found himself screening over a hundred patients in a day and treating dozens of patients with various ocular ailments.

One particularly moving case was a 6 year-old boy, Latif, who was severely burned and scarred after walking into the flames of an open cooking fire at 8 months old. The burns he suffered on his face caused his eyelids to fuse apart, and his scarred appearance kept him from socializing and attending school. Dr. Elahi performed reconstruction of his eyelids and release of the contracture on his arm. It was the first time that the young boy received medical care for his injuries.

In addition to providing essential care, Virtue Foundation Vice President and Co-founder Dr. Joan LaRovere continued to train medical professionals and monitor the implementation of the Non-Invasive Ventilation project that is saving countless lives in the region.